Fusion of information from geophysical and geotechnical investigations for levee assessment

Building a resilient flood protection system, including to overtopping. Summer 2019: creating openings in an existing railway

History of the project

On the left bank of the south of the Rhône river (in France), between the cities of Tarascon and Arles, a railway embankment has performed for many years as a flood protection structure although it was not a role falling under its owner (the French National Railway company) responsibility. In December 2003, because of breaches in appurtenant embankments, the north of the city of Arles was flooded for many weeks. 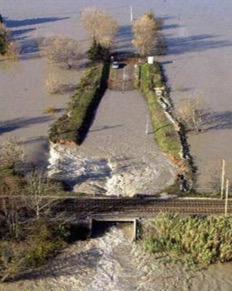 Fig. 1: breaches on appurtenant embankments in 2003

In the aftermath of this centennial flood, the State and local authorities have put in place a vast flood prevention plan at the scale of the catchment area, called Plan Rhône, which notably provides for the complete renovation of the levees of the Rhône Delta over 20 years. Among this ambitious program, was decided the creation of a levee resistant to overtopping up to the 100 year flood, parallel to the railway embankment, and the creation of 10 openings (concrete structures) in the railway in order for it to be “hydraulically transparent” (see Fig. 2). This segment of levee and the reinforcement of the rest of the system against all other deterioration and failure mechanisms allows the whole levee system to withstand floods up to the 1000 year with a 50 cm margin (the crest level of the levees not-resistant to overtopping). Floods above the protection level (100 year) will flood the protected area in a controlled way and with many times less water volume and speed than any previous scenario with the same probability (see Fig. 3). A second line levee will prevent the flood going over the new levee to reach the densely inhabited suburbs of Arles.

Fig. 2: schematics of. the future overtopping resistant levee and the railway embankment with the transparency structures 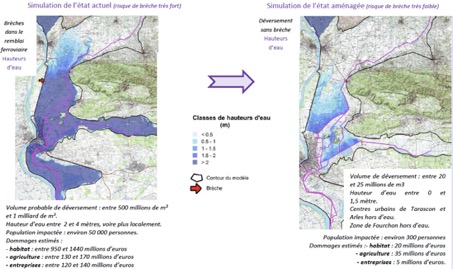 Fig. 3: compared modelled consequences of the historic flood (1856 – 250 years event) before and after the project (Source: SYMADREM)

During the summer of 2019, over two periods of barely more than 48 hours, five out of the ten opening structures(like the one in figure 4)  were put in place in the railway embankment. The planning of these operations started years in advance, as it involved the disruption of the rail traffic on a major line of train transport for both passengers and goods. The five other ones are being constructed now at a short distance along on the side of the railway embankment and will be put in place during the summer of 2020. During each of these sequences of non-stop operation, the following steps have to be successively completed:

The hazard of a flood happening during these crucial phases was considered and measures were taken to minimize the risks, including being able to close the embankment openings in case of a flood not foreseen when the operation started.

The openings are temporarily closed until the new levee is completely built, in order to keep ensuring the current protection level (Fig. 10). Afterwards stilling basins can be added (Fig. 11)

During the Marseille 2021 ICOLD congress, one of the field trips will be organised in this area and the whole complex system will be presented: overtopping resistant levee, opening structures, second line of defence and flood water management. 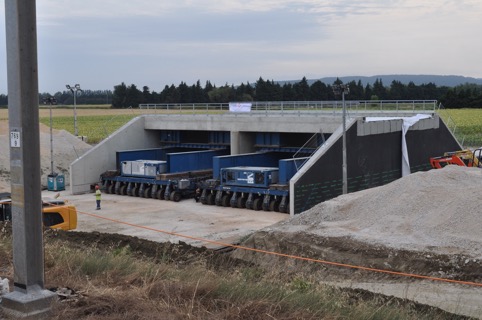 Fig. 4: one of the opening structures and the equipment used to move it 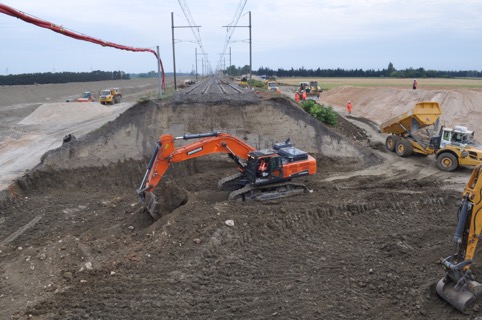 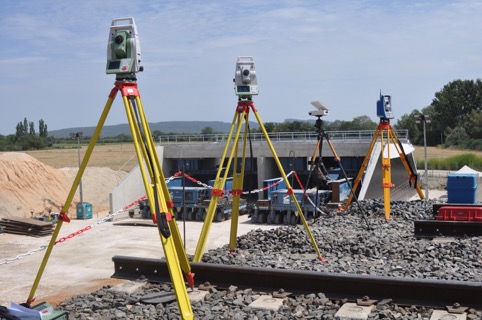 Fig. 6: moving the structure and controlling its placement 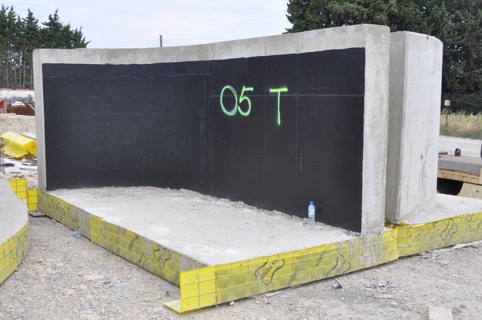 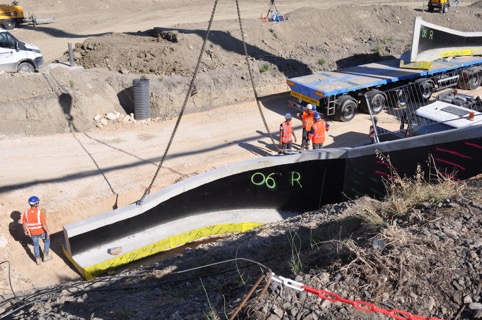 Fig. 7a & 7b: additional prefabricated concrete structures for the bottom of the slopes of the embankment 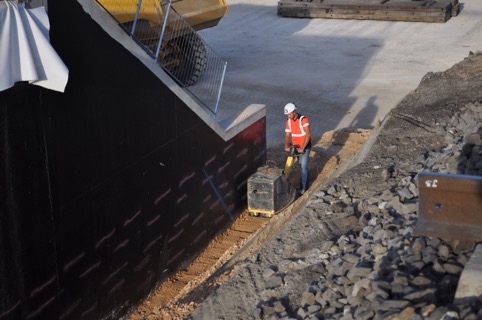 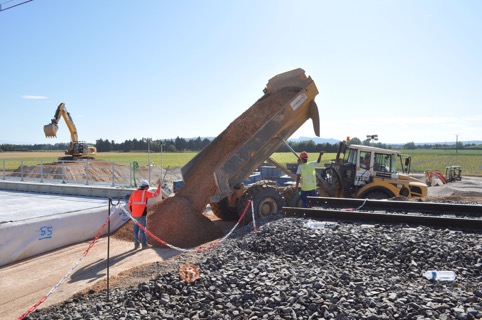 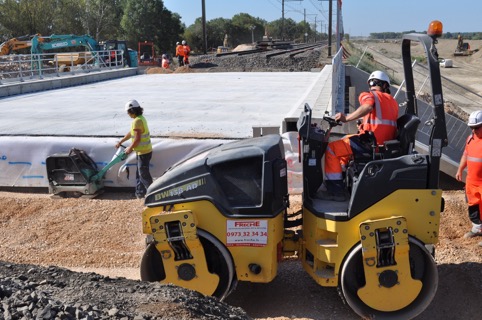 Fig. 8a, 8b & 8c: placing and compacting the new material between the existing embankment and the concrete structure 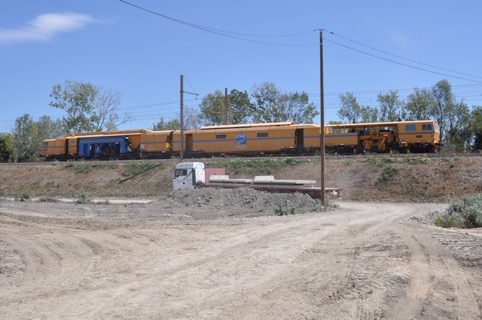 Fig. 9: the specific engine in charge of placing the railway ballast in order to ensure performance of the rails 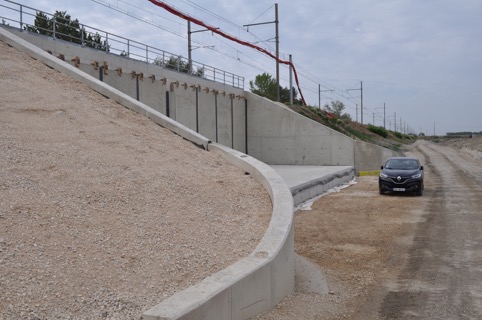 Fig. 10: concrete slabs to temporarily close the openings until the new levee is operational 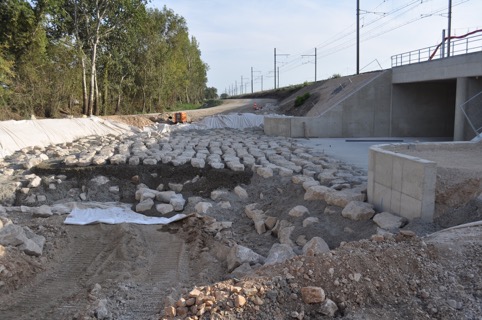 Fig. 11: a stilling basin in construction